I was invited by BAZAAR magazine to a pre-screening of Iron Man 2, and boy-oh-boy was it a fun flick. Don’t ask me why BAZAAR didn’t sponsor a Sex and the City 2 outing (maybe they will, when the flick hits theaters), but I’m certainly not complaining. So without anymore fuss, here’s the review (with some minor spoilers): 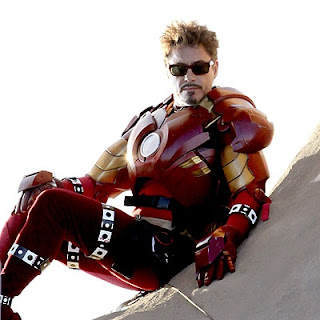 Movie Review: Iron Man 2 (2010)
Director: Jon Favreau
Cast: Robert Downey Jr, Gweneth Paltrow, Scarlett Johansson, Micky Rourke, Sam Rockwell, Don Cheadle, Samuel L Jackson
Plot: Tony Stark (Downey Jr), after having revealed to the world that he was a superhero at the end of the last movie (hope I didn’t spoil it for anyone), has been living the high life. Sure he has some problems – the United States government wants the Iron Man suit, people are trying to replicate his technology, and the very system keeping him alive is also slowly killing him – but hey, life’s not so bad, right?

Think again. A man with a vendetta against the Stark family (Rourke) has come into town, and has started a mad scheme to destroy Tony and Iron Man forever. Meanwhile, the government is so hard-up to get their hands on the Iron Man tech that they employ Stark’s rival Justin Hammer (Rockwell) to try to recreate the suit.

And remember after the credits of the first movie there was an appearance by Nick Fury (Jackson), agent of S.H.I.E.L.D.? Well, he’s back in this flick in a much larger role, working to get Tony back on track.

Iron Man 2 is a fun movie where shiny things go boom! It suffers from what I call sequelitis, which is where plot is sacrificed for action scenes. This isn’t always an bad thing – and if you’re one of those audience members who doesn’t like thinking or any of that boring story stuff, then this movie will suit you just fine.

You get to see Iron Man doing everything you ever wanted to see him do in a movie. Fighting in the air, fighting against robots, fighting a dude with electrical whips, fighting himself, getting dropped on expensive cars.

No wait, that last one happened in the first movie. Well, it happens again here, too.

The inclusion of S.H.I.E.L.D. taking more of a front and center role in this movie really made me excited for the 2012 Avengers movie (and maybe a S.H.I.E.L.D. movie at some point?). With Black Widow (Johansson) kicking ass, and our regular Agent Coulson back again (remember him as the nerdy agent from the first movie), all lead by Nick Fury – I’m stoked.

Let’s talk for a moment about the replacement of Don Cheadle for Terrance Howard as Tony’s good friend, Rhodey. I personally think that Cheadle’s a better actor by far, and should’ve been cast in the role in the first place. He fills Howard’s shoes nicely. Too nicely. In fact, I want a War Machine movie. This is the flick where we get to see him come into his own – where he no longer stands in Tony’s shadow. And it’s great.

This movie was a fun way to start the summer, and if you enjoyed the first one then you should definitely check it out. Don’t expect any characterization or deeper insight into any of the characters – this is a pure popcorn movie. And sometimes, that ain’t so bad.

Also, a bit of note: the movie doesn’t end when the credits start rolling.