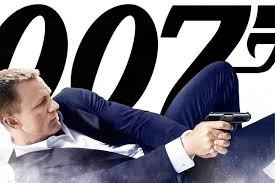 Movie Review: Skyfall (2012)
Director: Sam Mendes
Cast: Daniel Craig, Judi Dench, Javier Bardem, Ralph Fiennes, Naomie Harris, Bérénice Marlohe, Albert Finney
Plot: James Bond (Craig) has failed his mission to secure the hard drive containing the names of every secret agent in active service. M (Dench) is on trial for this ultimate failure. However, someone is targeting M and MI6 with a vengeance. Without giving away any plot points, what follows is an exciting action / adventure romp that I think is the best Craig Bond flick to date, if not the greatest Bond film of all time. 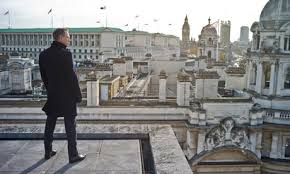 I’ve watched every James Bond movie to date (including the original Casino Royal from the 1970s, which was terrible), although not recently. In all of the prior flicks, James Bond is a character that’s always held at arms length from the audience. Sure we enjoy watching his adventures, seeing him kick ass, and hearing him one-liner his way out of situations. But we the audience have never gotten an inner look at his mind. How he thinks, why he acts the way he does. Where his loyalty to Britain – and ultimately, M – comes from.

This movie is more than just an action flick. It’s a personal journey diving into the depths of MI6, James Bond’s past, and M’s history as the head of British Secret Intelligence.

In past flicks, we’ve always gotten to see Bond off on his adventure, with the occasional glimpse at what M has to do on a daily basis to track her agent and his success. This is the formula for classic Bond flare.

But what happens when James fails a mission? Badly, and publicly fails?

This movie follows Bond’s attempts at redemption, as well as M’s duty to clean up the mess politically. It modernizes Bond in a way that no other film has – directly tying it into the current state of terrorism plaguing the UK and the world at large. And in doing so, it redefines what Bond films are all about. It changes the status quo – and for the better. 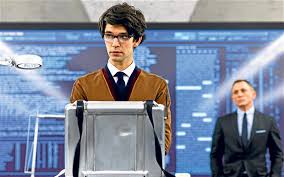 My favorite parts of the film aren’t even about 007. They’re about M.

Make no mistake, this movie does a good job of focusing on the supporting characters. While other supporting cast members get introduced with somewhat mixed performances, this flick is M’s time to shine. She is the focal point around which all things in this movie revolve, and rightly so. She’s the boss. She’s in charge. And ultimately, she’s responsible for the actions of her agents.

Another character that shines is the villain. While the previous Craig Bond flicks have been entertaining (with Casino Royal being awesome, and Quantum of Solace being … what it was) this movie finally introduces a villain for Craig’s Bond to match wits with, as well as brawn. Silva (Bardem) is to Bond in Skyfall what Joker is to Batman in The Dark Knight. He’s flamboyant, theatrical, methodical, and more intelligent than he seems. He’s also a little funny.

This movie is very much inspired by flicks like The Dark Knight, with a central villain that is finally a match for our hero, a supporting cast that needed to be introduced (although some are better fits in their role than others), and a turn-of-the-head to the Bond series as a whole. 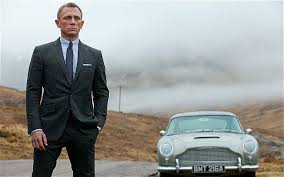 This flick addresses the existence of past Bond adventures. Without giving any spoilers, it clearly marks an end to that era of Bond films and gives the series the proper reboot that Quantum of Solace should have done. By the end of this flick, we see that Bond has come into his own. He is the James Bond we’ve seen in previous movies, although the journey that he takes to get there is extremely personal. He’s the man who will do anything to get the job done. This is why M has so much faith in his abilities, and why he’s the super spy for generations to come.

If you like James Bond, action flicks, spy thrillers, or good movies, you owe it to yourself to go see this movie.

Movie Review: The Bourne Legacymovie review
Movie Review: Wreck It Ralphmovie review
We use cookies to ensure that we give you the best experience on our website. If you continue to use this site we will assume that you are happy with it.Ok