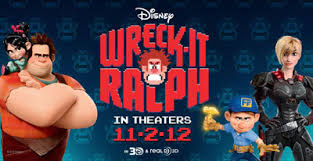 Movie Review: Wreck it Ralph (2012)
Director: Rich Moore
Cast: John C. Reilly, Sarah Silverman, Jack McBrayer, Jane Lynch, Alan Tudyk
Plot: Ralph (Reilly) is a video game character in an arcade game called Fit It Felix, Jr. Ralph’s role is the villain in the game. He wrecks things. He’s good at it, and he’s been doing it for a very long time. However, there’s a small problem: he doesn’t want to be the bad guy anymore.

On the 30th anniversary of his arcade game, Ralph finds himself not invited to the celebration party with the rest of his fellow game characters. Ralph decides to crash the party, much to the dismay of the other attendees. The mayor of the game tells Ralph if he can win a medal, he could live in the penthouse instead of living in the dump – which has been his lonely home for 30 years. So Ralph sets off to find another game with a medal he can win.

Ralph game hops to Hero’s Duty: a first person shooter where space marines fight alien bugs that like to eat things and multiply. The marines are lead by a tough-as-nails commander named Calhoun (Lynch). Ralph climbs to the top of the tower to get the medal, and upon getting it unleashes the alien swarms. One of them lands in an escape pod with Ralph, and the two of them fly into a racing game called Sugar Rush. 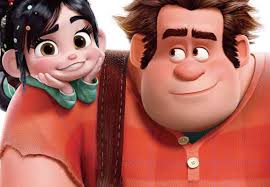 Once there, Ralph’s medal is stolen by Vanellope (Silverman). She’s a glitch in the game (she glitches out, and can’t leave the game) who dreams of being a racer, and uses the medal to enter herself into the big race. The winner gets a medal. The only problem is, she doesn’t actually know how to race.

Meanwhile, with Ralph being absent from his own game, the owner of the arcade thinks the game is broken and plans to unplug it in the morning – condemning everyone in there to being turned off forever! Can Ralph win a medal, fight off the alien viral invasion, and get back to his game in time to save the day and be the hero he’s dreamed of being? 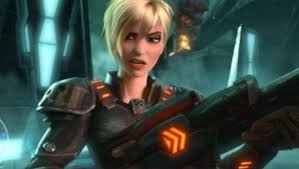 Wreck it Ralph is one of the most cute and imaginative movies I’ve seen this year. If not ever. It has a lot of concepts to grasp throughout, and they keep coming even well into the second and third acts. But it’s a very fun story with some real heart and character moments.

First off, the cast is incredible and they all do a fantastic job. Lynch steals the show for me, being the modern action platform game character. Ralph is sweet and has a lot of heart, and Vanelope is…kind of annoying…. Felix (McBrayer) plays the same old character he always seems to play. And the other stolen performance is King Candy (Tudyk). You would never think that the guy who played Wash in Serenity was the same guy. It’s a pitch perfect performance all around.

Second off, Ralph is a very fun movie. There are a lot of fun video game characters making cameos throughout the movie as well. Old school gamers (like myself) may recognize some more faces than others, but mainstays like Bowser (Super Mario Bros), and several Street Fighter characters appear throughout.

The fact that Ralph is a villain who wants to become a good guy is a really compelling story. The best villains always think of themselves as heroes – but this movie gives it a little bit of a twist in the sense that Ralph actively tries to be a hero. It’s unfortunate that the hero in his game isn’t more of a villain, but that may over-complicate a movie already filled with a lot of concepts.

The story actually takes a lot of really dark turns throughout. The alien bug game is dark and scary, and at the end the movie takes a very dark turn that I found refreshing in a children’s movie – but younger viewers may find it rather intense and frightening. Make no mistake, I was not entirely expecting what happened at the end of this movie, and it had me on the edge of my seat and a little misty in the eyes. 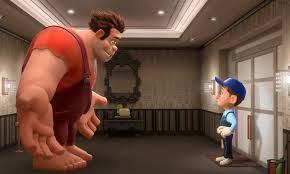 WiR also pulls at the heart strings a bit. Ralph runs through the gamut of what being a hero is – and that includes sacrifice. And when those moments happen in the movie, you realize that what you’re watching is more than just a kids movie, or a video game flick – it’s a movie that focuses on character: Their development, relationships, and their journey.

Disney has been putting a lot of focus on these things in their movies lately, and in my book it’s producing some of the best movies we’ve seen to date.

Do yourself a favor. Go see Wreck it Ralph.

Movie Review: Skyfallmovie review
Movie Review: Punisher War Zonemovie review
We use cookies to ensure that we give you the best experience on our website. If you continue to use this site we will assume that you are happy with it.Ok