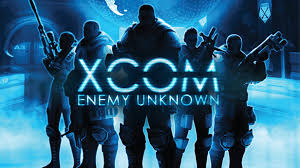 Video Game Review: XCOM Enemy Unknown
Platforms: PS3, XBOX 360, PC
Developer: 2K Games
Official Website
Plot: Unlike many of the other games I review on here, XCOM doesn’t really have a plot so much as a progressing premise. You are the commander (and they call you “The Commander”) of an elite international group called XCOM, charged with repelling an alien invasion. You are given a monthly budget (funded by council member countries), and you do research, buy equipment, and outfit your team as they go on missions. The missions are not really in any particular order (although there are some missions that you have to do in order to progress the story and unlock new items and abilities).

The game is broken up into two parts:
1) BASE MANAGEMENT
This cut-away view of your underground base (in a country you select at the beginning of the game) allows you to manage your research and resources. You get a monthly budget and have to spread that out over the course of the 30 or so days while undertaking missions. At the end of the month, you receive a report from the council on how well you’ve done, as well as more money.

You get money from the member countries automatically, but if you want to get even more credits (and you do), you need to deploy satellites over the countries.

Basically, it’s the complex and strategic portion of the game which is both incredibly fun, and incredibly frustrating while you wait for research to complete or for an opportunity to make enough money to buy that critical piece you need.

2) SQUAD-BASED MISSIONS
This is a top-down squad-based RPG element that lets you control a squad of 4-6 (you can upgrade your squad size) and undertake missions: save citizens, secure a location, explore a downed UFO, etc.

You can customize your squad in the base mode, however squad members get certain skills at random (sniper, assault, heavy, and support). You typically want at least one of each type in your squad on a given mission. And missions are HARD. This game has permi-death – meaning a character you’ve been building up for hours may die on a given missions, and they are gone. So it behooves you to rotate your squad members to keep several that are higher level, and always rotate in some rookies so they can advance in rank. 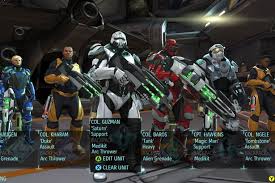 The game is a real challenge, which is both refreshing and frustrating. The frustration comes in the lack of a tutorial that really tells you how to succeed, and it’s very easy in this game to screw up on a mission and doom yourself to failure on every mission moving forward. One wrong mistake and you kill a top-ranking squad member critical to mission success, or you don’t buy the item you really need to advance in your research trees, and you can find yourself set back quite a bit.

IGN even goes so far as you say “don’t except to beat this game your first play through.”

I admit that I found myself resetting the game from my last save location (and there are no auto saves, unless you set the game to do so – but do so at your own peril) because a favorite character would die, or I would start researching something and go on a mission only to find out I really wanted a different item researched first. I had 4 save files for this game – one for squad missions, one for base management, and two for screw ups / in-mission decisions. 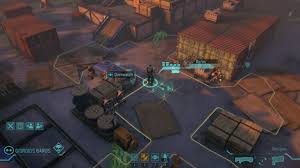 The missions are random, so they don’t occur in any particular order. The level layouts vary quite a bit (I only ran into a few repeat levels during my playthrough), which keeps things pretty fresh and fun throughout. However, this game is NOTORIOUS for throwing curve balls at you. And it’s when you become over-confident in your abilities that you are most vulnerable.

It only takes one wrong move – one squad member running into an unknown area and catching enemy fire, or one senior squad member to get flanked and have all your rookies panic – to change the tide of the game completely.

And you will die. You will lose characters. And you will not win every encounter with aliens. Especially UFO mini-games, where you have to shoot them down. Your regular planes may hold you over for the first month (maybe), but after that you really need to upgrade them and quick. 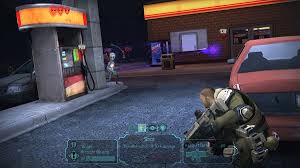 Resources are few in XCOM, and your need to upgrade your stuff is so imperative to your success. But you need to figure out how best to do that for your game.

For example: During my playthrough I didn’t focus enough on satellite production, and didn’t prioritize covering an entire continent to get the bonus for giving full continent coverage. Because of this, I lost almost all of Asia in just two months. I was banking on missions coming up to lower the panic levels in the countries, but Asian missions weren’t popping up for me. There was nothing I could do, and suddenly a large chunk of my revenue dried up.

Unfortunately because my PS3 died, I haven’t gotten to beat XCOM yet. Instead, I’ve taken this time to step away from the game for a little bit while I figure out my next plan of attack. And then I’m going back into the game with a vengeance. And this time – I’m going to protect our planet!

If you like a challenge, strategy games, or shooting aliens you NEED to buy this game.