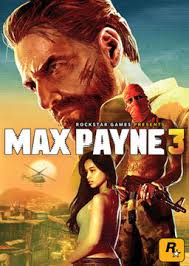 For a series that was defined by a John Woo action style and a crime noir tone and narrative voice, we now get a Tony Scott-inspired version of Die Hard. And that’s not all bad, it’s just not the same ol’ Max we’ve all come to know and love.

Max is charged with protecting a rich family, so of course at every possible opportunity bad guys are coming gunning for the family. And not just any bad guys: crime lords, drug dealers, human traffickers, and even corrupt cops. Hell, sometimes it feels like half of San Palo is coming after this family…and the other half is waiting for Max to drop his guard enough to shoot him in the back.

The game has a series of kidnapping attempts (and rescue attempts), failures, and yes – plenty of gun fair and bullet time action. However, it definitely has a different look and feel from previous entries in the series. 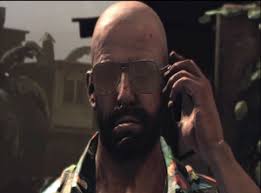 From a gameplay mechanic, the game is a little different from past entries. Bullet Time didn’t feel like a necessary component in this game as much as it did in the past. And while you’re still using a third-person shooting mechanic, you do reply on cover quite a bit in this game.

I found myself using bullet time very sporadically in this game, which may have been why I kept dying over and over again. Sure the action is intense, but this entry in the Max Payne franchise felt more like a video game than any of the previous games. Every chapter was just a set up for another kidnapping attempt, or rescue mission, or something that was going to go horribly wrong. Max’s witty dialogue is gone, so the character is less enjoyable and more “emo” than he’s ever been. I suppose this makes him more realistic (and therefore, relateable – especially from an audience that is probably unfamiliar with the character from the previous games, since they came out so long ago).

Also gone are the comic book cut scenes. I know Max Payne 2 had a mix of video and comics, which I was fine with, but this game throws the comic panels out the window completely. It does occasionally throw in some motion comic panels, but this felt more like the TV show 24 than a comic book.

Also, there’s a lot of visual noise on the screen. The game was no doubt trying to make you feel like Max felt – drunk or hung over – and unfortunately it works. I got a headache about 30 minutes into playing the game, and then started looking at the menu settings for how to shut the damn filter off. 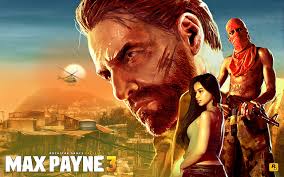 All in all, Max Payne 3 is a fine enough game and fun – even if you haven’t played the previous entries in the series (although it helps). However, the drastic changes from the previous entries did throw me, and while I enjoyed playing this game for the most part, I’m glad I didn’t throw down a full $60 for the game when it first came out.

All in all, worth a rental.