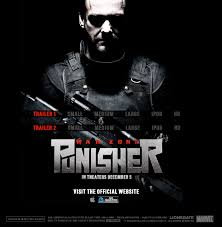 The flick finds Frank Castle (Stevenson) taking out bad guys left and right, but contemplating quitting his brand of vigilante justice. That is, until one of his missions goes wrong. While trying to take down a local crime family, Frank accidentally kills an under-cover FBI agent, and turns the son of the mob family into Jigsaw (West).

Trying to atone to the family of the agent he killed, Frank must protect the family and stop the bad guys. But with a large bounty on his head, can even Frank complete his mission before turning the entire city into a war zone. 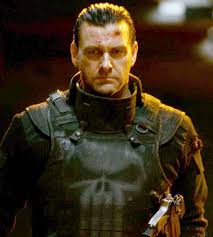 First off, Ray Stevenson is BRILLIANT as Frank Castle. Seriously the best Punisher we’ve seen on the big screen to date. He doesn’t even talk for the first third of this movie, but you can already feel his rage and exhaustion at trying to stop organized crime in the city and punish those responsible for the death of his family.

His performance is complimented by a great supporting cast in Micro (Knight). Knight is by far the most talented actor in this movie, showing the most range and diversity in his performance. I’m not familiar with the character from the comics, but he definitely compliments the dark and gritty nature of Frank. 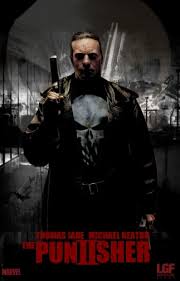 The downside to the movie, unfortunately, is the villains. They are terrible. Jigsaw (West) is like the poor man’s Joker. And his brother, an original character for the movie, is supposed to be completely insane, but all he does is bite people and smash into things. Both spend too much time laughing, and not enough time being villains. They come off like a joke, and it doesn’t mesh well with the actual seriousness of Stevenson’s melancholy performance.

Basically, the villains ruin more than the hero’s day. They ruin the movie.

If you’re a Punisher fan and want to see him in a gritty, R-rated flick, then I do recommend renting this movie. However, due to how badly the villains ruin the movie, I cannot recommend owning this flick.

Movie Review: Wreck It Ralphmovie review
Movie Review: The Hobbit An Unexpected Journeymovie review
We use cookies to ensure that we give you the best experience on our website. If you continue to use this site we will assume that you are happy with it.Ok