So I found out that a movie I’ve been waiting to be released in the US for two years has finally hit our shores in a limited (and unfortunately dubbed) release at a local theater called Music Box.

I guess they play all kinds of classic films, currently playing Wizard of Oz and Rashomon – and it looks like they play The Rock Horror Picture Show around this time of year!

So I want to review this flick, and I’ll be watching the flick at some point this week. I’ll try to put my bias towards dubbing and love of the original series to the back of my mind when I do the review.

If you don’t know anything about this series (and shame on you if you don’t), be sure to check out the wikipedia page and catch up on what people have called one of the most controversial anime series of all time (so much so that people are still talking about the series 15 years after it finished…and are now making 4 new movies about it).

On a side note, I want to apologize to everyone for the lack of blog updates on Tuesdays and Thursday lately. I pride myself on updating the website blog every day during the week, but haphazards in life and work have prevented me from having the time to do that. My job is somewhat seasonal in it’s “busy season,” or “planning season” as we call it, and that time is right now. This means that I’m in the office for about 12 hours every day. Add into that the commute time of about 40 minutes one way, and the fact that I need to cook food and clean dishes, and there’s barely enough time to sleep, much less go to the movies or pop in a video game and review it. 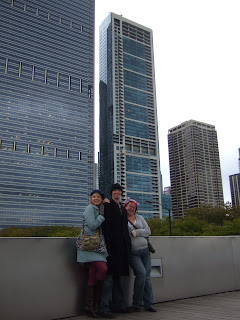 And currently, I have house guests visiting from Texas and we’re working diligently on the next @$$hole! story arc based on the very popular Drunk Duck Awards presentations that we’ve put together for two years (2008 and 2009) in a row. People have been begging me to do something with this, so Amanda and Jess were kind enough to take a vacation and come visit me for a week so we could take pictures (and they could do some things for my story that they wouldn’t normally do).

So be sure to be on the lookout for that.

Until later, I’ll hopefully be able to blog some more as planning season starts to slow a bit (but it doesn’t often end before February of the next year). I’m working on putting together my con appearances for 2010, though, so it’s going to be an exciting year!

Movie Review: Paranormal ActivityUncategorized
Birthday BlogUncategorized
We use cookies to ensure that we give you the best experience on our website. If you continue to use this site we will assume that you are happy with it.Ok